Defining the Line Between Ego and Confidence

We’re all told throughout our lives to be confident. We have to stand up straight and look people in the eye. At the same time, we’re also told to not have an ego. We shouldn’t be OVER-confident. All that is true. We need to be confident and maintain high self-esteem. But we can’t wander into the territory marked “ego.”

Having high self-esteem and being confident can amplify your success. When you believe in what you’re saying, others believe you as well. You have bigger dreams because you believe in your ability to achieve them. The most successful people are those who let their actions speak for them. They don’t feel the need to stand up and toot their own horn.

Those with egos are unable to see the world with the right mindset. They aren’t able to recover from success. They’re alienated by friends because of their attitude. Simply put, nobody likes them. These people see the world through blinders that make everything about them. They fail to see the bigger picture. Success for them is hindered before it even begins.

We all want confidence but not ego. So why don’t we all have it? Why do some of us lack self-esteem? And some of us have TOO much? That’s because we don’t know where to start. Most people can’t tell the difference between ego and confidence. We can’t even say our own strengths without people calling it “bragging.” Here are a few ways to define the line between ego and confidence and take the first steps toward success and not self-destruction.

Everyone knows that in order to be confident, you have to believe in yourself. You want to feel like a winner inside and outside. When you know you’re good at something, allow yourself to feel that way. If someone asks you “are you any good?” Don’t allow yourself to give that “eh, I’m okay” answer. Because you’re not oKaY. You’re good and there’s nothing wrong with admitting that. 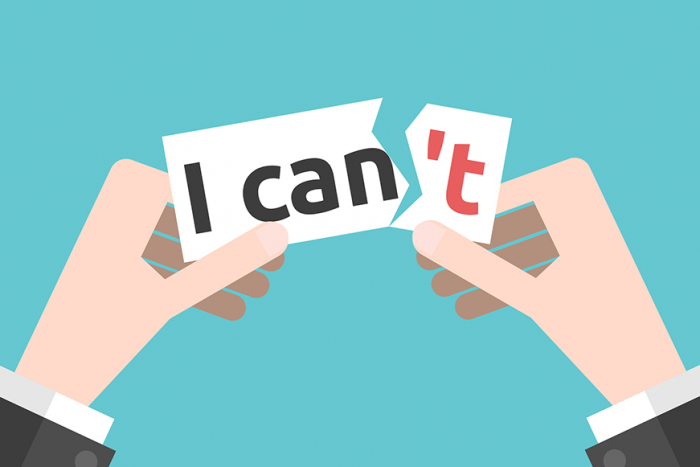 But we have to watch ourselves. The typical tendency of an egotistical person is to overshoot their capabilities. If I’ve never heard of a front axle before, I’m not going to go fix the wheels on my car. While you have to own up to your strengths, don’t own up to strengths that you don’t have. It’s good to dream big but stay away from overpromising.

This stems, in part, from the last tip. We want to know what we’re good at and not stay in that “know-it-all” mindset of being all-capable. There’s more to it as well. With an ego, whenever someone receives feedback on weakness, they brush it off. Typically, they make up an excuse. Maybe about how the other person doesn’t understand or how it’s not their fault.

Regardless, internalize that feedback. Try your best to work on it. Don’t let laziness or attitude stop your path to success. When you know what your weaknesses are, your confidence improves as well. After all, once you catch the monster, all you have to do is kill it.

Confident people are able to accept their flaws. They don’t have an all consuming need to appear perfect. With this in mind, they’re in the right mindset to work on this. They can get past the obstacles that stand in their path to success.

We all know what it means to fish for compliments. And we’ve definitely all either seen or done it before. It feels good when people tell you good things about yourself. However, there’s a difference between receiving a compliment and looking for one. A big step toward confidence is receiving these compliments a new way.

When someone is confident, they don’t NEED validation from others. We don’t need others’ affirmations to feel good. We know we’re good enough not to constantly brag about ourselves. On the other hand, holding an ego has the opposite effect. Most people would think that someone with ego has relentless trust in themselves and doesn’t need to hear validation from others. This couldn’t be farther from the truth.

Ego stems from a feeling of insecurity and lack of belief in yourself. When egoists don’t receive others’ validation, they look for the quickest way to jump ship. This is especially important when it comes to believing in yourself. Think of Michael Jordan. One of the most successful basketball players in history. When he was a kid, his teammates and coaches told him that he was too short to be a basketball player. They told him that he would never make it. He kept going because he had faith that he could do it anyway. Look where he is now.

It’s about Learning, Not Winning

How do you feel when you lose? Whether it’s a card game, a national championship, or a dance-off. Nobody enjoys losing, but that doesn’t change how you handle it. If someone is egotistical, they may cheat or lie in order to save face. Losing validates that tiny fear that they’re inferior.

Egotistical people don’t care about actually learning anything. In school, they don’t need to understand the material. They only need to do well on the test. This sets them up for mediocrity. They’ll never be able to move past their setbacks. Inevitably, everyone fails or loses at some point in time. If we’re in the right mindset, we can pick ourselves back up as well.

It’s okay to not do well all the time. DON’T BE AFRAID OF FAILURE. In fact, don’t even call it a failure. It’s just a setback. If we don’t make mistakes, how will we ever learn and get better? In order to be confident, we need to open our mind, eyes, and ears. The lessons are right there for us to analyze and learn from. Then, next time, we won’t do the same thing and we’ll come back even better.

It’s Not About You

The sooner that message sticks in your head, the better. Egotistical people often find themselves making things about them. It may not even be intentional. For example, when a friend is talking about their issue, an egotist’s tendency is to respond by bringing up their own issue which is “bigger” or relating their friend’s issue back to themselves.

When you see yourself doing this, stop. Nobody ever wants to hear someone only talk about themselves. To be confident, we have faith in ourselves but need to withhold from being self-centered.

Confident people like to hear other perspectives. They don’t only need to hear themselves speak. A lot of the time, someone with an ego will interrupt another person. They can’t even listen to the other person because they believe that what they have to say is much more important or correct. That isn’t the way to go.

Even when you disagree with someone you are talking to, hear them out. They have a reason for what they’re saying and it will benefit you to listen to them. If you truly believe that what you’re saying is THAT much more correct, then why does it matter if the other person hears it? You don’t need their validation.

This also carries over for feedback. Don’t ever say anything is perfect on the first try. If someone gives you feedback, listen to what they’re saying and absorb every part of it. Don’t tune them out because they’re “wrong.” We all need to open our mind, eyes, and ears every once in a while.

Even if we don’t think it, we all have an ego sometimes. Just like everyone’s confidence falters once in a while. All we have to do is understand where we need work and put in the effort. Everybody wants success and not self-destruction.