Friedrich Nietzsche: the meaning of life

The most misunderstood philosopher's perspective on what it means to live.
2020-09-26

Friedrich Nietzsche was a German philosopher living in the late 1800s. He was one of the most profound thinkers of his time, but also the most misunderstood.

Most people associate his name with nihilism, the idea that life is meaningless. His most famous quote “God is dead” has repeatedly been misquoted and taken out of context to the point where Adolf Hitler and the Nazis claimed that Nietzsche was one of their great inspirations.

However, in reality, Nietzsche was a critic of society and attempted to uncover the underlying motives behind religion, morality, and philosophy. Nietzsche’s ability to question society’s constructs provided gems of wisdom that are worth understanding, whether you agree or disagree with him.

God is dead. God remains dead. And we have killed him. – Friedrich Nietzsche

Opponents of the Death of God theology have interpreted this phrase in a literal sense, meaning that the Christian God who existed at one point, has ceased to exist.

To clarify, Nietzsche never meant to say that there had been some sort of god but that he had died in recent history. Rather, Nietzsche found no place for Christian belief in a post-Enlightenment world. In the past, people had used Christianity, or God, as the source for all morality, value, or order in the universe. Nietzsche, as an individualist, rejected this idea as being a real solution. 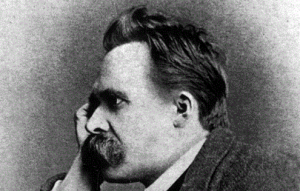 Nietzsche didn’t advocate for the complete eradication of religion overnight. He saw the benefits of religion for providing meaning, community, and explanations. He knew that without God, society would spiral into nihilism– believing in nothing and living without meaning.

However, as society became more scientific in the post-Enlightenment period, Nietzsche believed that philosophy, science, art, music, and the humanities were capable of providing meaning in place of religion.

What does a world without religion look like? To answer that question, Nietzsche came up with the idea of the übermensch, the alternative to nihilism and in place of God.

The word übermensch referred to a “Superman” (no associations with Clark Kent) or “Overman.” For Nietzsche, the Overman is someone who is over humanity and it’s different in nature as humans are from apes.

However, the Overman is more of a vision than a theory. Nietzsche never explicitly described the Overman, he just used hyperbolic metaphors like lightning bolts. He offered up historical examples of people who came close to being an übermensch– such as Napolean, Goethe, Julius Caesar– but acknowledged that none of them completely fulfilled the vision.

Nietzsche’s explanation for this was that humans had not yet evolved to the point of the Overman. He believed as humans had transcended from apes, the Overman was the final step in human evolution. 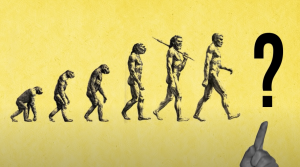 Image by The School of Life

In his book Thus Spoke Zarathustra, Nietzsche refers to humans as the rope in between the beginning of evolution, the ape, and the end, the Übermensch.

“Man is a rope, fastened between animal and Übermensch — a rope over an abyss.” – Friedrich Nietzsche

The Overman may seem like much to many of us. Completely ridding ourselves from societal norms may not be something we value, which is why Nietzsche came up with Amor Fati, the love of fate, as another way to find meaning.

Amor Fati, love your fate, which is in fact your life – Friedrich Nietzsche

Amor Fati is the Stoic mindset of making the best out of anything that happens. It means treating every moment—no matter how difficult or upsetting—as something to be embraced as a necessity in your life. To not only be okay with it, but love it and be better for it. Similar to oxygen in a fire, these obstacles and barriers can become fuel to reach your full potential.

The meaning of life

The core of Nietzsche’s philosophy was that once you realize that rules, laws, and morals are simply social constructs, you become the master of your own fate and live according to your own values, enabling yourself to reach full potential.

“If you cannot live beyond or above the law – which is the obligation of the philosopher, to question all laws – if you find that task too great, then you must construct another law or find refuge in madness.” – Friedrich Nietzsche

Maybe we can discover the Overman–Nietzsche’s prescription for our purpose– if we stay true to the values that Nietzsche describes: indulging in the humanities, living in the moment, and finding meaning through self-creation.

Perhaps we don’t become the epitome of the Overman, but I urge you to question what matters to you as opposed to what you say you like because society tells you to. Or begin re-evaluating parts of your life that upset you and begin accepting them as necessities. 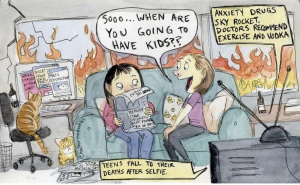 Image by The Eastern Echo

In our reality, adopting Nietzsche’s philosophy means to live authentically. We can create ourselves based on our own thoughts rather than external pressures of what we should be.

This could mean acting in opposition to the idea that we should grow up, go to college, get a nice job, start a family, and then retire–something that many of us are pressured to do by family, friends, and even the government. However, under Nietzsche’s philosophy, we can only assign meaning to our own lives and the only mistake is to live inauthentically against our beliefs.