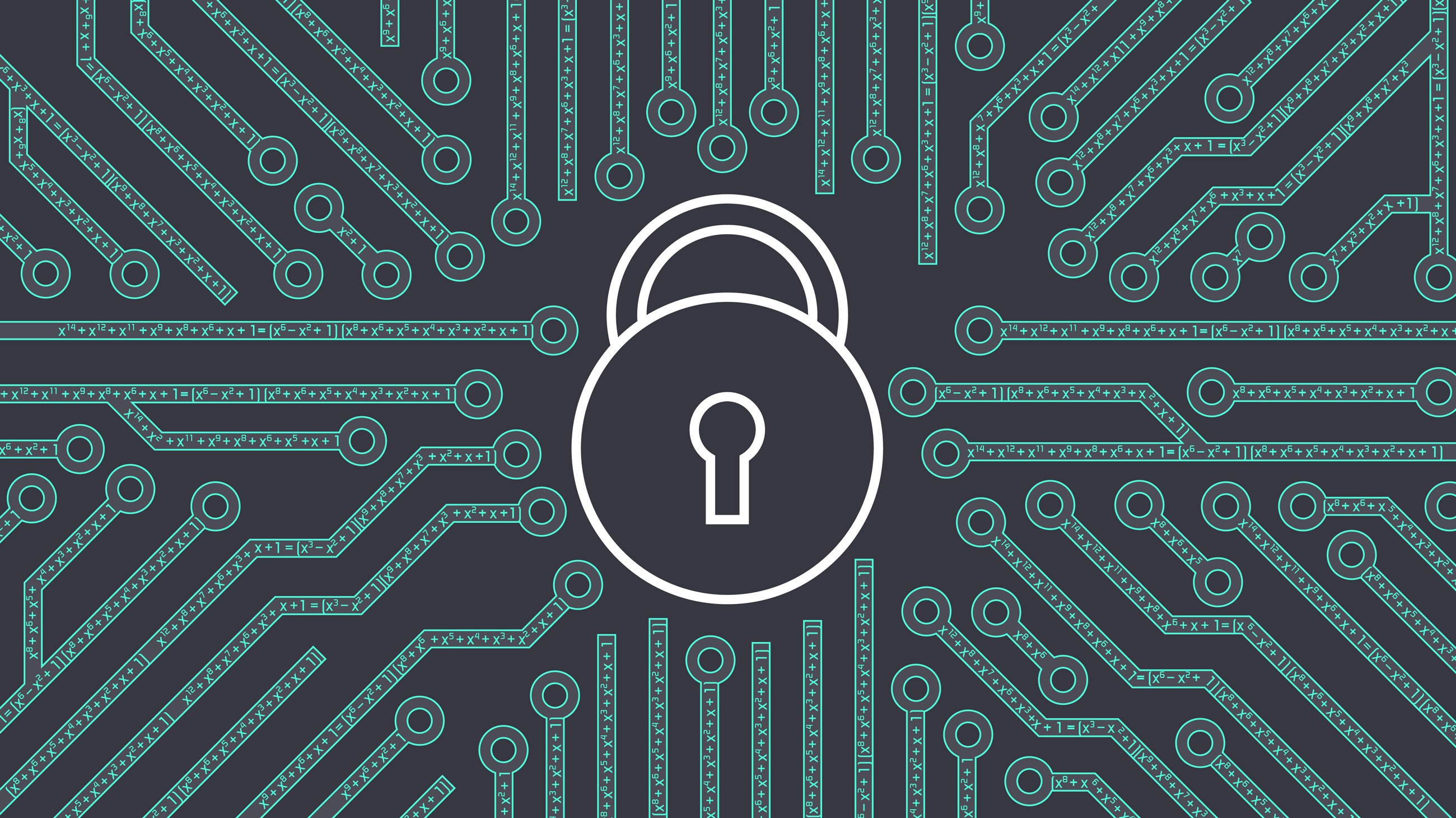 Everything from files on our hard drives to confidential Internet traffic is encrypted by the same system. The system makes up the base of modern cryptography.

This system is called RSA cryptography. (It’s doomed, but we’ll get there).

We could talk about the nitty-gritty of the system for a while but the basic point is that it generates keys by multiplying really big prime numbers.

It might sound too simple to be true. Our world’s most secure messages are guarded by multiplication?! But it’s actually a really smart idea.

Wait. I said almost no computer can break RSA. That’s because a new field of computers is emerging. These computers possess the power to rattle RSA cryptography’s spine.

These are quantum computers.

Quantum computers are weird. They have a bunch of really crazy properties that I talk about here. They’re able to perform operations on qubits in superposition which allows them to reduce the time complexity of a problem exponentially. What would take a classical computer ²³⁵⁰⁰⁰⁰⁰ steps, it would take a quantum computer ONE.

That means that instead of aimlessly searching possibilities to hack RSA, you could get it in ONE try.

RSA on the run

Let’s break this down more though.

In 1994, a scientist, Peter Shor, wrote an algorithm. At this time, the idea of quantum computing was entirely theoretical. Nobody wanted to build one because there was no apparent purpose. This algorithm changed that.

Shor’s algorithm showed that a properly functioning quantum computer could solve problems that classical computers never would. It kicked off the race to building a quantum computer.

The algorithm is a 3-part answer to the problem of prime factorization. The first part is performed on a classical computer in polynomial time, but it is only the set-up for the second and most important part. The second part requires the use of specially constructed quantum circuits to perform the quantum computation needed to find the value you need for the third part, which allows you to find the prime factors of the integer on a classical computer.¹

Sadly, the algorithm is here but the computers aren’t. Even when Peter Shor came up with it in 1994, he knew it would take an advanced quantum computer to break RSA cryptography.

Luckily (or unluckily), we’re not too far away from developing quantum computers that can break RSA. Most people think that it’ll happen in around a decade.

The best part is that even though RSA cryptography is screwed, we’re not. Cryptographers have already begun research into Post-Quantum Cryptography to make sure we’re able to keep everything secure after quantum arrives.

Here’s What I Did.

I wanted to see Shor’s Algorithm in action. So I made it happen.

There are tons of ways online for people to gain access to quantum simulators and code quantum algorithms. I thought it’d be pretty cool to code Shor’s algorithm and run it on a real simulator at IBM. 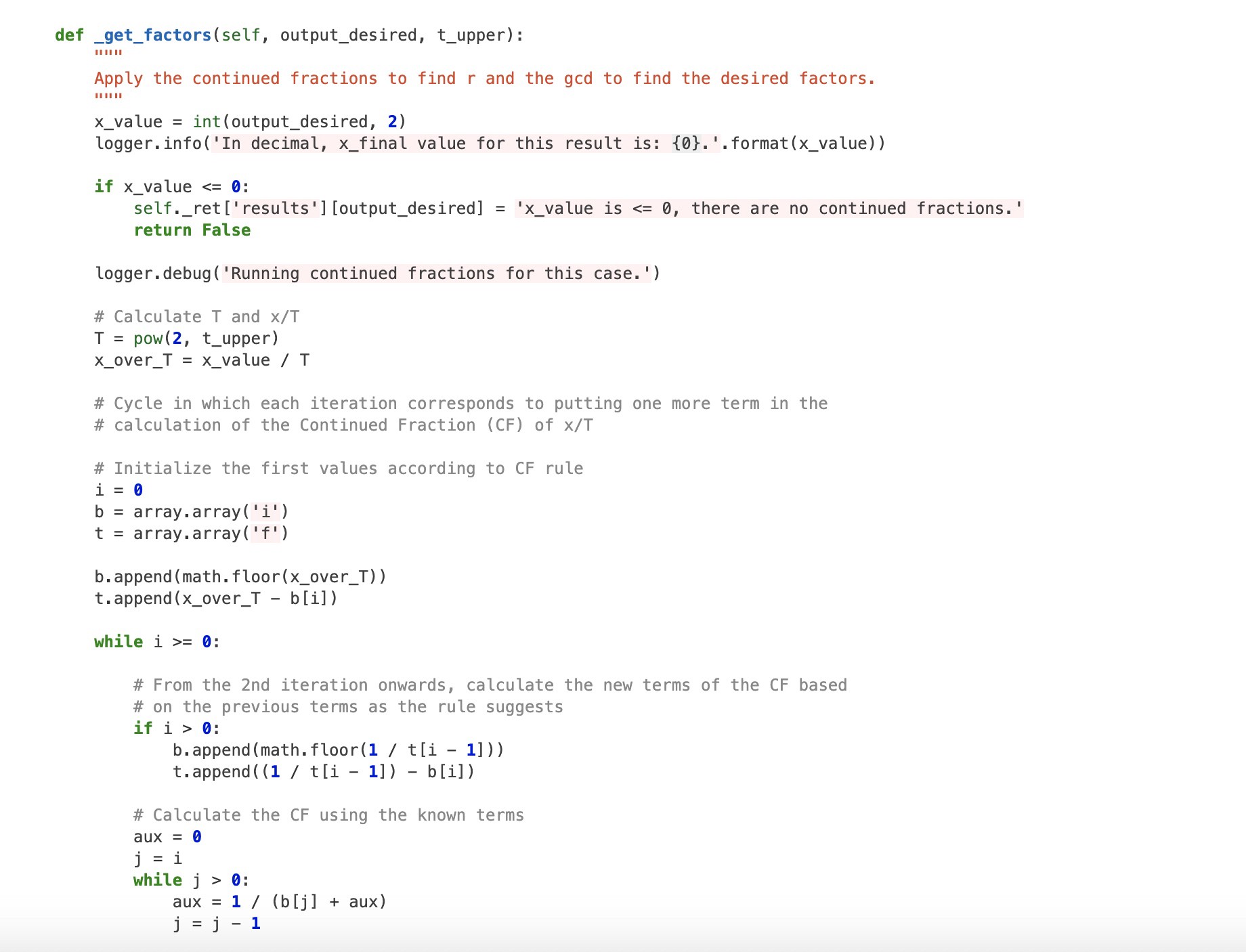 Here’s a snippet of my code

I coded Shor’s algorithm on Qiskit Aqua and ran it on IBM’s simulators. The process wasn’t too bad because there’s a ton of open-source code out there for similar algorithms.

My results weren’t perfect. But it’s only a simulator after all. It didn’t always end up working and completely stopped when the numbers got too high.

But that’s ok. This is only a glimpse of what a true quantum computer can do. We’re just hanging on until the real ones show up.

My name is Anisha Musti. I’m 14 years old and passionate about quantum computing and artificial intelligence. Thank you for reading and I hope you learned something! Stay up to date for more articles on quantum computing, AI, and other interesting technologies.